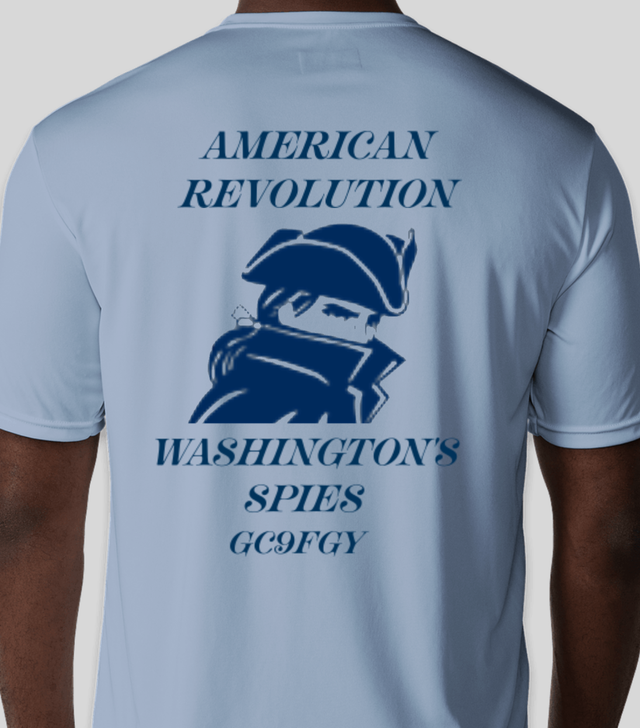 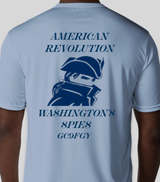 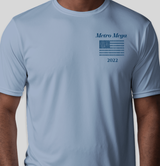 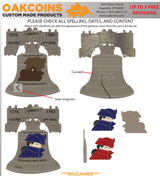 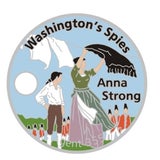 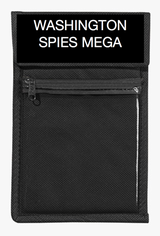 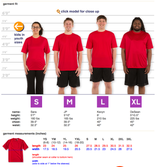 The silky texture of this shirt makes it a favorite for humid climates, keeping your group cool and comfortable on the hottest of summer days. It's great for workouts and all sorts of team sports.

The design depicts the symbol of freedom "The Liberty Bell” These Shaped Geocoins are two piece coins have removable Spies, attached and recessed via a magnet.

"Capture the Spy” Geocoin program. Also depicts the removable “ British RED SPY” in Antique Sliver metal. This is our second year of the fun "Capture the Flag/Spy” program. After the 50 program coins are found and purchased at a discount, we will open up a very limited quantity to sell at a higher price. only available at the event.

HISTORY OF THE GADSDEN FLAG:

This Patch is available ONLY in the George Washington Pre-Registration Level! We "may" have a few left for purchase at the event at first come first serve.

The 1775 Gadsden flag is a historical American flag with a yellow field depicting a timber rattlesnake coiled and ready to strike.

The use of the phrase "Don't Tread On Me" was a rallying call for American patriots who stood in defiance of the British Empire who ruled the original 13 colonies. These idealistic patriots viewed the British government and the British Crown as unjust and tyrannical.

“Don’t Tread On Me” is a warning that reflects the basic principle of individual freedom; that people want to be left alone to live their own lives without outside interference. The rattlesnake on the Gadsen flag, used by the Continental Marines, reflects that in the real world.

This patch is only a symbol is for the American Revolution “The origins of ‘Don’t Tread On Me" were completely, one hundred percent anti-British, and pro-revolution. Indeed, that E.E.O.C. directive agrees, “It is clear that the Gadsden Flag originated in the Revolutionary War in a non-racial context.”

Sold out
Add to Cart